What Solo PVP in EVE looks like - in graphs

EVE Combat Log Analyzer is a nifty site that lets you upload combat logs and see the damage data in a simple graph. I use it to study my fights, as it shows me which pilots/ships did the most damage, when that damage began, how often I missed, and how much damage I did, over the course of a fight.

It also gives a snapshot of what solo PVP in EVE is like: 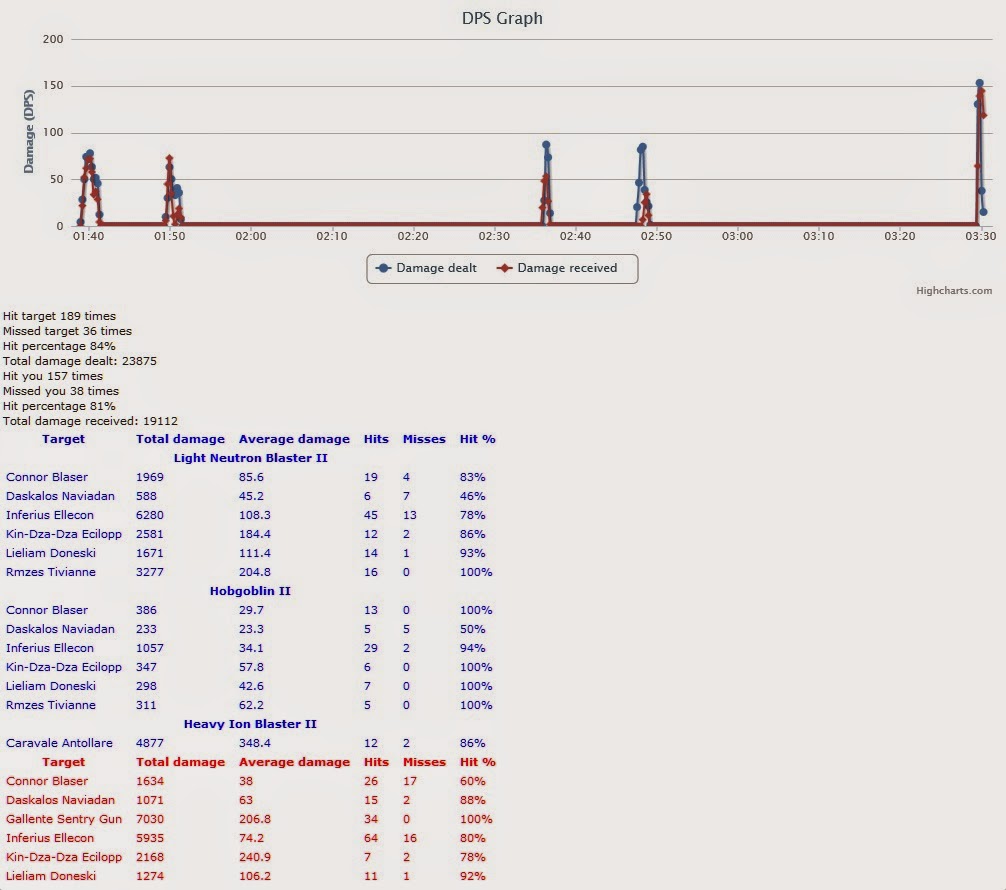 This is a solo roam from about a week ago. A pretty standard night--nothing special besides flying a new ship skin and not dying in a fire.
I set out to roam at around 1:30 EVE time. I am in a dual rep incursus “Aliastra” edition, one of the new ship skins, starting in Stacmon, Placid. I find a fight quickly, but it results in a stalemate. Inferius Ellecon is also in a dual rep incursus. We duke it out in a FW plex, exchanging about equal damage for a minute or so. Then, I burn out a small armor repairer, and I see a Slicer outside the plex on dscan, so I pull range and warp away.

About ten minutes later I am up in Harrourle, Placid, and I find a 2v1 against an atron and a punisher in a FW plex: 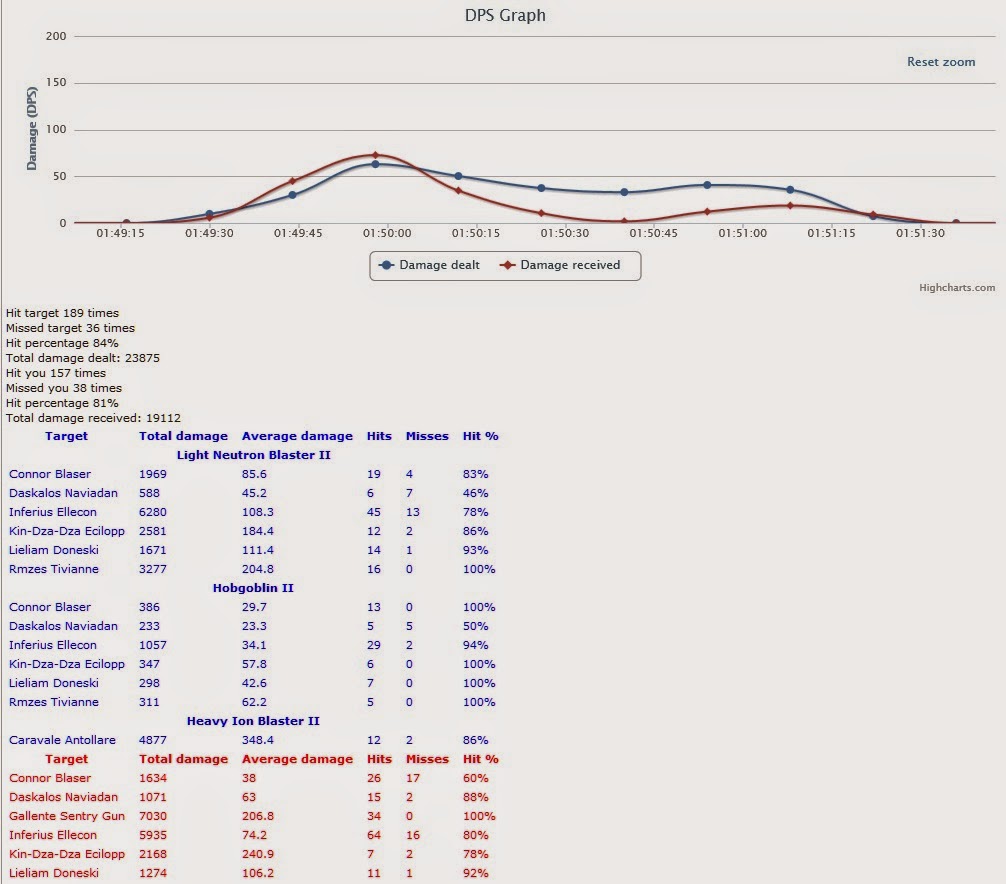 DPS spikes when the punisher and atron are both hammering away at me, but the atron of Lieliam Doneski is in close range rather than lowering dps by orbiting me at around 7-8km. I focus on him, and once he drops the dps drops to a manageable trickle. The punisher (probably the only ship that cannot pull range on a dual rep incursus!) of Connor Blaser pops after a little over a minute.

So there you have a 2v1 and in typical frigate-fashion it only lasts about 2 minutes. So now what? As you can see on the snapshot of the roam, I don't find another fight for an hour.

It is these "down times," the sometimes long gaps between fights, that characterize EVE PVP, and what you do in those gaps plays a large role in determining whether you will enjoy PVP. What am I doing? Multitasking. I am actively looking for fights, but I am also watching an EVE PVPer stream on Twitch (I think it was Sard Caid, maybe Fintarue). I have a second account open--my market trader--most likely hauling goods. I am listening to music, checking killboards, talking to corp mates and checking out their recent kills/losses. I am looking at gifs. people post in local. I am refilling my drink, taking a few breaks. (Incidentally, the ability to multitask is a nice feature of EVE in my opinion. I used to play a WoW-clone, and on nights I would raid with friends it was 3-4 hours of doing nothing but attempting bosses--breaks in between, sure, but it essentially involved my entire concentration for way too long.)

In short, though it looks like "nothing" happens for an hour, I am actually having a pretty good time--and anticipation is building for the next fight!

The next fight comes over in Loes. A thrasher has been looking at me funny, so I warp to a station and wait a bit. He follows, probably tempted by the mildly swag incrusus. He is arty fit, and his volleys take a big chunk of my armor away, but my reps are able to bring it fully back in between the gun cycles. Since he didn't have much range when the fight started it is only a matter of time before:

After another ten or so minutes, I find myself involved in a 1v1v1 in Meutralle. I warp into a plex after a catalyst who warps into a plex after an atron who warped into the plex chasing a FW farmer... We both work on the catalyst first, and after it pops (the point at which my dps ticks down on the graph) I turn to the atron. Fortunately for him, he is a decent enough pilot, and so pulls range before I can take him down.

At this point there is another big delay. I am ever more so multitasking at this point, and it is getting late. I spot a Nereus heading to a gate. I follow, and see it land 15km off--autopiloting, most likely. I swap to a Thorax and get an opportunistic kill before it can reach high sec. 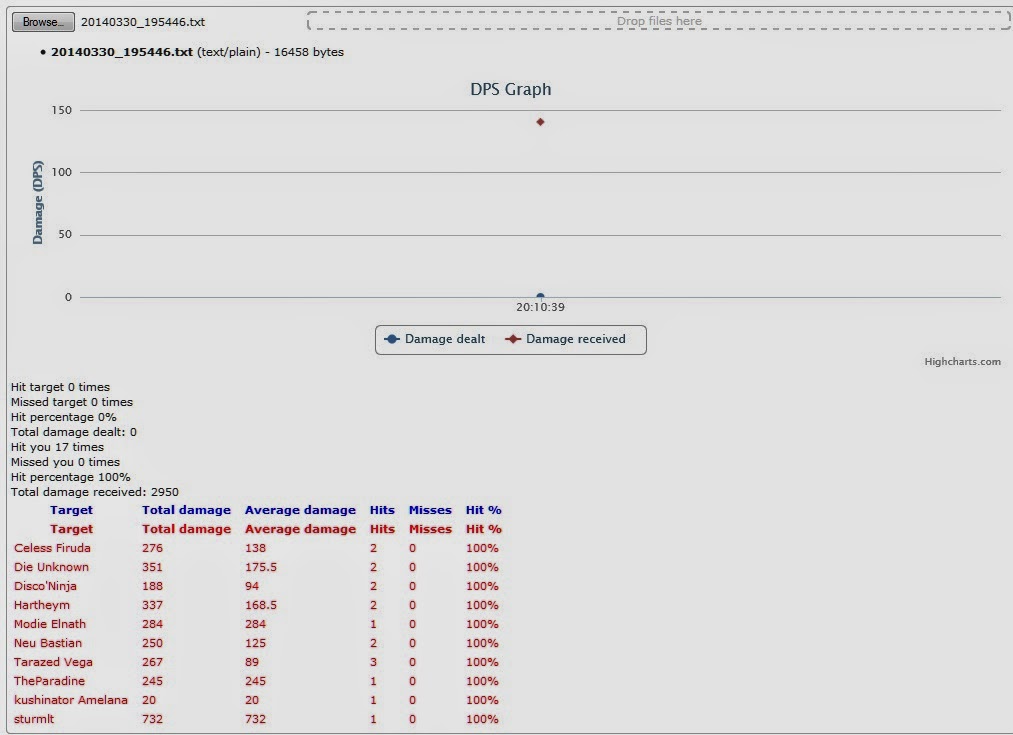 I am nearly done with part II of my guide to regional market trading. In the mean time, I've hit several significant milestones in my market start-up. The first is that I've reached 20b in sell orders--24b once I put some more goods on the market later:

At the end of last month I also hit 20b in profit total since starting in late July, with a record 4.8b in one month to cap it off in March. 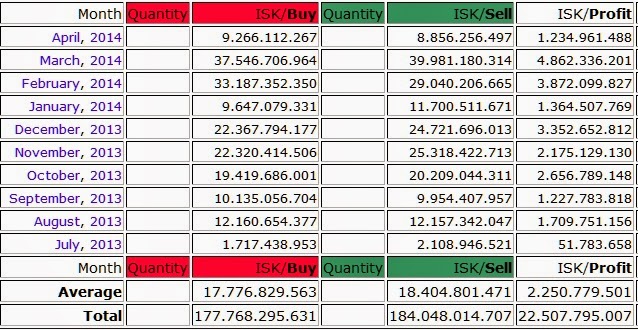 Once this character gets to max market orders--which will be at around 45-50b in orders--I am not sure where I will go from there. Maybe make other investments in the market (a nice plex investment 6 months ago sounds pretty good right now), or maybe add more market characters and expand into new areas?
Posted by Sven viko at 8:06 PM No comments: