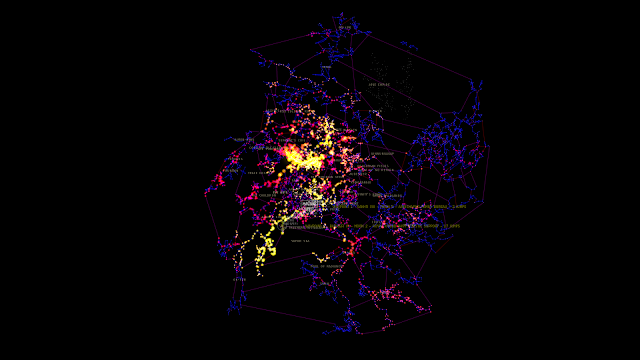 Exploring every system in EVE is a sort of goal I have. It is completely personal and arbitrary really, but the sandbox nature of EVE is amazing enough to make such goals worthwhile.

As of last week I've explored every HS system, as well as most of LS so far. I've made a decent dent in null sec space.

I've scanned for and run (I think) every exploration site that spawns in HS/LS, and I've searched every system for inactive POSes in HS at least once.

There's a lot of empty space in the game, that's for sure, but there's also a lot of unique space. And what is meaningful about the unique space is that it is not the developers who make it so, but the players living there who make this fascinating space world.
Posted by Sven viko at 7:24 PM