Market Milestones - 10b in one month

The end of June brought to close another month of trading--my best month yet by leaps and bounds. In May I reached a record of 8b isk in profit, while in June I smashed that and made a little over10b isk, roughly 338m a day. Total number of orders stands at 250, and total sell order amount is at 47b isk. Here's what my income has looked like (in millions of isk) since I began tracking the data (exploration profit is averaged over three periods due to the vast fluctuation in profit, as described in my past posts about income in exploration): 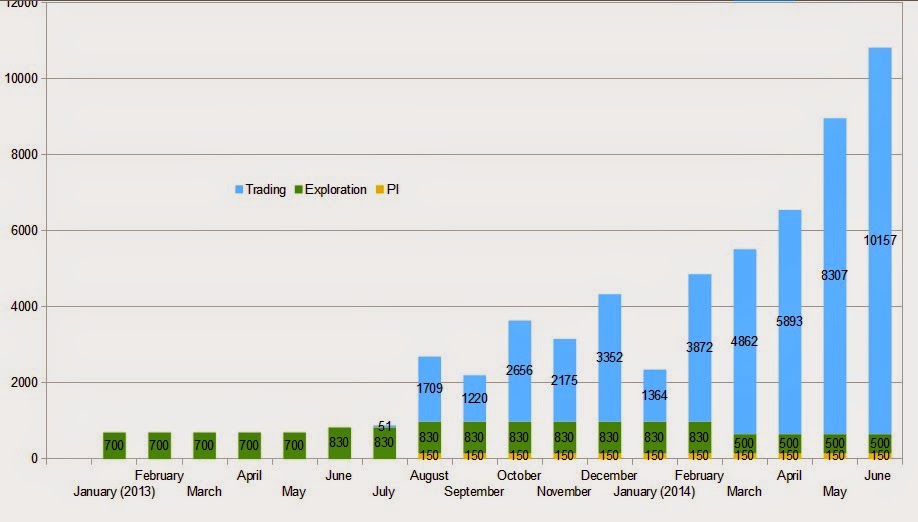 I'm looking forward to what July will bring, as it will mark a full year of trading. I should reach a full 300 orders by the end of August, with sell orders around 60b given the items I plan to add to the market. After that--who knows! I likely won't add more trading characters, so my profits will likely be put into longer term investments. PLEX seems to be the common choice, but this sort of highly long-term trading will be a completely new world for me.

As I've described in previous posts, my trading methods are a little peculiar. Here are some of the distinctives:
Posted by Sven viko at 12:01 PM