Market Milesteones - 5 months over 10b isk

It has been a while since I've updated about my trading income and current goals. In the last update, back in August, I updated about my first year of trading. Tracking my total profit has become a lot harder, but also less of a concern. Here's the basic results, with the numbers in isk in millions from trade: 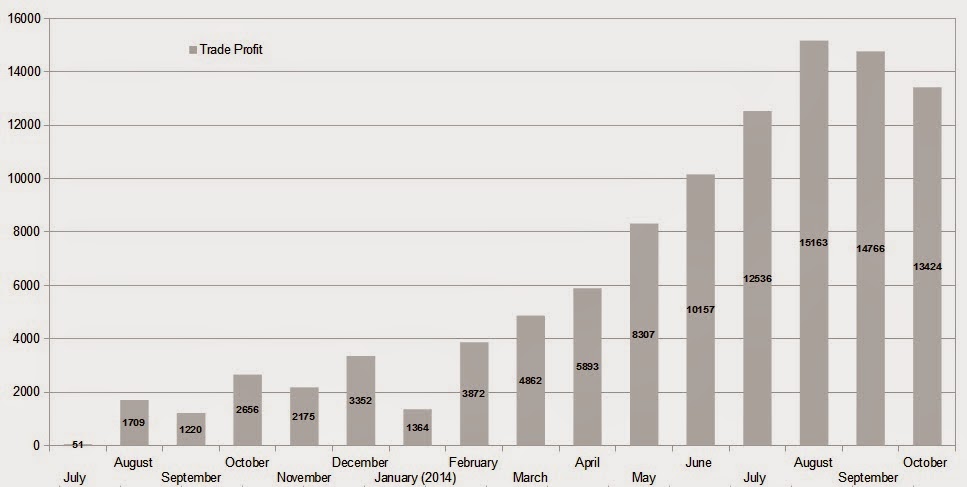 August ended up being my best month for trading, reaching 15 billion. My activity declined in September and October, and I started a few new projects, but I still reached over 10b per month. That puts me at over 100b in total profit, with the bulk of that obviously coming much more recently (looking back, those first seven months were painfully slow! Fortunately, 1b isk was a lot to me at the time, and trading was a side project to exploration). Here's what I am working on currently: