6 months of solo PVP in Querious - good times, but going elsewhere, for now

This week I lost my final ship I had staged in the Querious region. Besides blowing up a few POSes and an occasional NPSI roam, I have been doing solo PVP in Querious almost exclusively for the last 6 months.

I primarily flew navy EWAR frigates, assault frigates, cruisers, and some navy cruisers, and a ton of off-meta stuff (RLML XLASB Blackbird killing interceptors? Check. Brawling fit t1 logi killing an Oracle? Check. etc.). In total I killed around 800 ships solo, plus assorted pods and junk. I lost around 80 ships and 30 (usually empty) pods, and 6b isk total, or about 3-4 per night I roamed. But I flew about 50 different ships total! At this point a few residents in Querious know me, and definitely know I never have backup.

The groups I most liked fighting were probably Affirmative, Agony, the Brave corporation that lived in BX2- (Absolutely Massive Destruction), F-I-N-K, and Altruism/Triggerkittens. Many groups go to Querious to fight (or farm) Brave and Horde, and I had a lot of fun fights with them, too. Large public groups invariably have a mix of different personalities and play styles, which is partly what happens with open recruitment. I had a few occasions were I agreed to a 1v1 only to have a blob brought in, for instance, yet I also had many hours of fun fighting the large groups that live/lived in the region. Then there's also the usual share of tryhard groups in Querious (never not falcon alt, etc), but you'll find them in any region and they are not worth talking about.

On my quest to solo in every ship, I am slowly moving up to the bigger and more expensive ship classes. It's hard to roam in a BS/BC when people know who you are, and know you don't have backup. In the months before the summer update and the removal of off-grid links, I look forward to roaming deep null, into some areas of space where the population is smaller. That means less fights overall, but also less deaths to 20-ship blobs (well, sometimes--there are blobs in every region!).

It's crazy for me to think just a few years ago I was roaming in null for the first time after so many years doing solo in LS. Now, I've spent almost 2 years in null doing solo with only brief vacations. But, links are getting a massive nerf (for some play styles, i.e. those groups who do not have the skill to effectively use links on grid), and T3Ds (the svipul in particular) are also getting the shaft, and the true land of good fights that is low security space may once again be a great place to roam. Maybe.

In the next few posts I am going to highlight my favorite/best performing/luckiest ships during my time in Querious. Solo PVP for me is half luck, half dedication (maybe a bit of masochism in there, too), and most of my fits are taken from other (better) solo PVPers, so it will more so be focused on good runs I had in specific ships.

Putting up my first Citadel 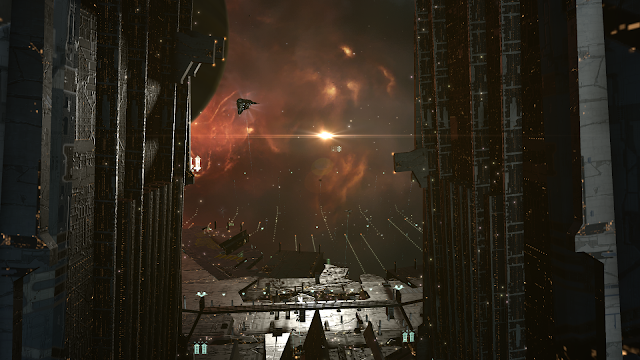 I've had a M Ctiadel and all of the modules ready since Sunday, and was very close to risking it and attempting to deploy it in a wormhole. The sheer risk involved made me think twice, though. The majority of Citadels destroyed so far have been in wormholes. Citadels are incredibly vulnerable in their first 24 hours. If you deploy a Citadel, a 24 hour timer starts, and at the end of the 24 hours the Citadel enters a 15 minute "repair" window where it only has hull hit points to defend it. If someone attacks the Citadel right at the start of that 15 minute timer, you cannot fit any modules to the Citadel, and are essentially an empty, defenseless shell with just a few million hit points from death.

Naturally, wormhole residents are very good at scouting a large number of wormholes in a small amount of time. All they have to do is note where a Citadel is being deployed, and show up at the end of that 24 hours. Attack the Citadel right at the start of the "repair," and it cannot fit any modules. For a solo player like myself, this means my only real chance of getting a Citadel up in wormhole (or LS/NS space) is to get really lucky and sneak one up. I have to gamble on no one noticing for 24 hours and 15 minutes. After that, I at least get a few weeks to use it (and fight back) while groups work through vulnerability timers.

Of course, the same thing happens in low and null security space, and many Citadels have died an early death--before even being able to fit a single module. In fact, no Citadel has been destroyed with modules fitted yet. Personally, I think this is a bit unfair for Citadel owners. At the very least they should be able to fit or pre-fit modules in order to defend themselves during that most vulnerable first 15 minutes. Most would still die, but they could at least fight back.

Putting balance feedback to the side, however, this mechanic is also why Citadels are actually very safe in high security space. So long as no one sees you put a Citadel up during the first 15 minutes and declares war during that time (hence starting the war during that 15 minute vulnerability window the next day), it will take groups roughly three weeks of vulnerability timers to destroy a Citadel in HS (such as the one in Perimeter that will likely soon be entering its final timer).


So I changed my initial plans, and put up my first "test" Citadel in HS. There are a number of systems in HS that lack a station, but get a large amount of PVP traffic. The most notable such system is Keberz: it borders the popular null system HED-GP. If you PVP in HED-GP or systems nearby but then need to repair, you have to travel 4 (long) warps to Agil to get to the nearest station. So, a public Citadel with free repairs and docking is extremely helpful in such a system. Someone already beat me to putting one up there, but there are a few other HS systems that lack a station but where having a place to dock and repair for free would be convenient. I settled on Otelen, on the Houla gate. Repairs, docking, and reprocessing are public and free, and I may add a free clone service if the Citadel gets used. I love that Citadels repair even heat damage for free--it's a really nice feature. Another interesting feature I did not at first realize is that pirates (-5 security status or below) can tether to public Citadels, receive repairs, and sit in space safe from both other players--and the HS police! This is a huge quality of life bonus for pirates operating in high security space (and I think groups like CODE. will figure out clever ways to use this mechanic...such as by putting up their own Citadels near the gates in Uedama and stocking them with gank ships, then sitting safe in space tethered to the Citadel ready to pounce down to the gate).

I was a bit nervous putting it up during those crucial first 15 minutes, but no war decs so far suggests that there's just too many Citadels in HS already to honestly care. My Citadel is one of probably a few hundred M Citadels, and before long they are going to be far more common than POSes or potentially even NPC stations. However, being so visible and so close to a major PVP system, there are certainly enough groups nearby who can destroy it if they wish. 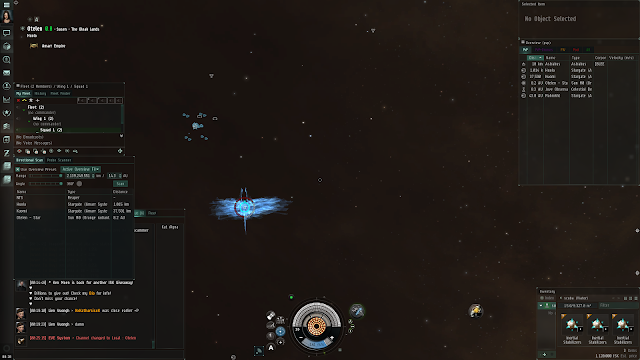 Something I've quickly learned about the balance changes is that tech 2 light fighters are incredibly strong at the moment, and probably brokenly so. Getting tech 2 fighters (like Firbolg IIs) is going to be incredibly important for Citadel defense (not to mention for Carrier pilots). 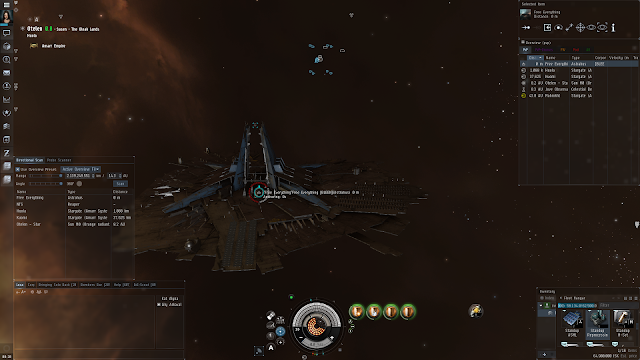 The 350km lock range of the Citadel prevents them from being able to exert force over the area around the gate itself, yet I still think that Citadels are going to change how groups control their space. A Large Citadel 1,000km off an important gate or station is a powerful force multiplier for the owner, and projects a large sphere nearby where the home team has a significant advantage. Thank Bob, however, that CCP effectively killed station games with the tethering mechanic and inability to dock when tackled. 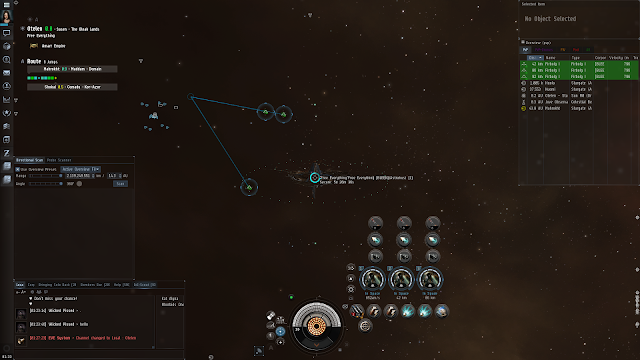 In total I paid around 4.5-5b for the Citadel and fittings, but the prices are dropping very quickly. M Citadels are already sub 2b. My plan at this point is to leave the Citadel up with all services free. I do hope it gets attacked at some point, just so I can experience defending it, but if it still stands by the summer months I will likely replace it with a Large Citadel and set up market services in addition. The summer months may also be quiet enough to attempt a Citadel in a wormhole as well. Looking further in the future, CCP has plans to remove off-grid links and nerf T3Ds this summer. When they do so, I will certainly be returning to low sec PVP primarily, and a Citadel will be a great place to base out of.
Posted by Sven viko at 8:17 PM 3 comments: